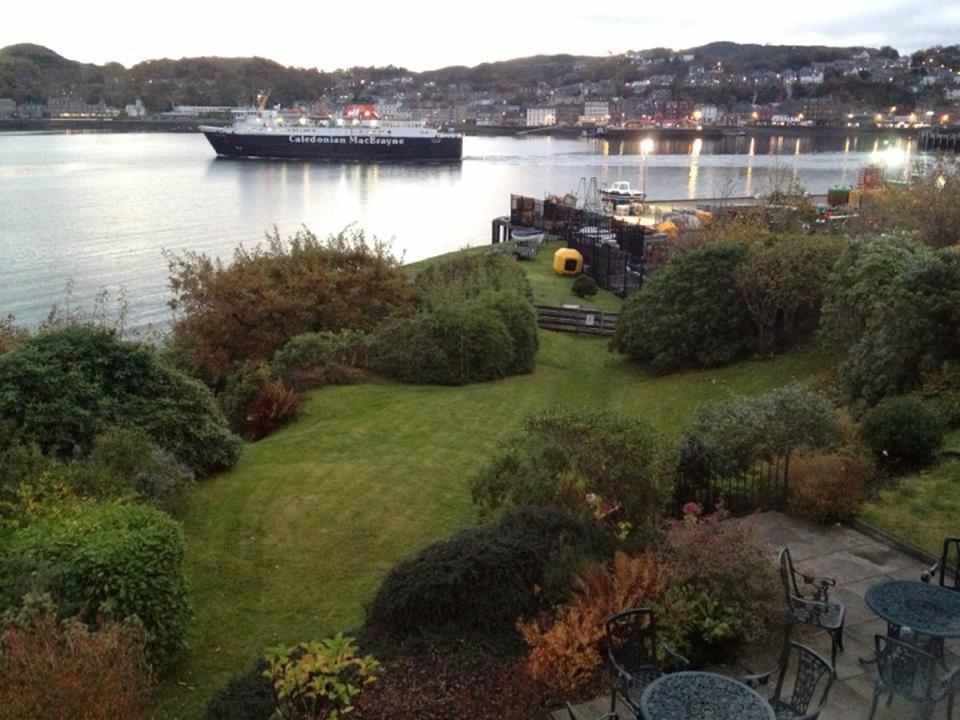 Welcome to The Manor House,Accommodation in Argyll.The Manor House Hotel and Restaurant in Oban, Scotland provides superlative dining and accommodation in a Georgian Villa on Oban Harbour built for the Duke of Argyll in 1780. We have eleven bedrooms. The Manor House is a listed historical building, consequently the rooms are cosy. Each is beautifully decorated with all modern conveniences including complimentary wireless internet. Five rooms have wonderful views of Oban Harbour.

The Manor House was built in 1780 as the principal residence of the Duke of Argyll’s Oban estate. It was later used as a Dower House for his family.

Of late Georgian architecture, great consideration has been given to preserve the elegance, charm and atmosphere of its past.

Bedrooms
About Manor House Hotel ObanThe Manor House has eleven bedrooms each with en-suite bathroom. All have been tastefully decorated in the period style but include every modern amenity.

Awards
The Manor House is a 4 Star Scottish Tourist Board Hotel. Our restaurant has been awarded an AA Rosette in recognition of the high quality of our food preparation, skill and high quality ingredients to ensure our “guests can eat with confidence and a sense of anticipation”, to quote the AA.

Freshest Local Produce
Shaun Squire, our head chef, procures the freshest local produce each day to use in creating his specialties.

History
For many a year, to schoolchildren passing through the avenue, the Manor House was a house asleep, silent and somehow mysterious. Shut off from the road by its six-foot high stone wall and its equally high solid wooden door set into the wall and always shut fast, and shadowed by tall trees, the place had about it a quite fascinating atmosphere of gloomy seclusion.

However, a small iron gate near the Dungallan end of the grounds afforded a glimpse of one corner of the mansion and its small-paned secretive-looking windows, while straight ahead, carved into the stone over the recessed back door, young eyes could read the awe-inspiring words “Jehovah Shammah”.
The Manor House was built about 1780 by the Duke of Argyll as a Dower House for his family. Originally the grounds were twice the size they are now. At the Port-beg end were the coach-house, the stables, and the coachman’s cottage. From there the carriage drive swept down to the house. This part of the grounds became the property of the Lighthouse Commissioners in 1906.

The house is said to have originally had two wings and two main doors. The Duke had his own private entrance to his own wing, while the door at the front was the entrance used by other members of his family, and their guests. Between the two halves of the mansion there was a connecting door, through which his Grace, when tired of the chatter of the Dowager and her guests, could escape to his own quarters and, presumably lock the door behind him. Tradition also has it that there was an oyster – bed on the seashore at the Manor House.

In 1826 the first, probably, of frequent changes in ownership occurred, when the National Bank, Oban’s first bank, was opened in the Manor. After only a few years the bank was moved to Cawdor Place.

In 1845 a very distinctive personality became the owner of the mansion. This was Admiral Otter, who was most aptly named, for he could swim and dive like that amphibious animal. The Admiral was appointed to carry out the Hebridean Survey of dangerous waters of the West Coast, a task that took twenty years to complete. He was a deeply religious man and belonged to the sect of the Plymouth Brethren. When visiting the Islands in his naval vessel it was his custom to conduct evangelistic services at the ports. He and his sailors painted Bible texts on the rocks of Lorn. The sea has obliterated all of them except the one on the rock face near Tobermory Pier, where the huge letters of the text “God is Love” have been kept freshly painted every summer by seafaring men for well over 100 years. There is no doubt at all that it was Admiral Otter who, while in occupancy of the Manor House had the Hebrew words “Jehovah Shammah” (the Lord is here) engraved over a door of the house.

The Admiral was the first person to organise Christian Youth Fellowship in Oban, open to both boys and girls. Their meetings were held on Saturdays in a local hall. He was very popular with the boys whom he taught swimming and diving. His young converts he often baptized in the Manor grounds at a spring well there, in what the Oban people called the Plymouth tank.

history-2Apart from the fact that Admiral Otter charted the West Coast waters in the interests of navigation, nothing more would have been known of him today, but for the Reverend Norman C. MacFarlane’s book on the life of Rev. Donald John Martin of Stornoway and Oban, published in 1914. Mr. MacFarlane says that in his later years the Admiral “looked venerable, and might have passed for one of the patriarchs”.

Nearer our own day the house was for a long time in possession of different members of the Fitzroy MacLean family, all of whom took a great interest in the welfare of Oban and did much good work for the Force in two world wars.
The Manor now has had new owners. The wall has been lowered and the beech, elm and chestnut trees all cut down. It is now a hotel where the proprietors have carried out with considerable success the original idea of preserving its old-fashioned elegance both inside and out. In its lovely position by the sea, the house retains much of the charm and atmosphere of another day.
4 star, hotel, oban, argyll, scotland, accommodation, restaurant, rooms